A shockwave was sent through Liverpool’s fan base this week as David Ornstein of The Athletic reported that RB Leipzig defender Ibrahima Konate was on the verge of finalizing a deal that would see him join the Reds this summer. Soon after, there were reports of Konate undergoing a medical in France, with the deal set to go through barring a late collapse.

And with the international break, there was even more time for fans to ponder not only Konate’s potential impact but what his arrival could mean for Liverpool’s current center backs, particularly Ozan Kabak. With an £18 million option to make Kabak’s loan into a permanent deal, there is understandable skepticism that Liverpool may not exercise that option having already shelled out a reported £40 million on Konate. But when Kabak was signed on loan from Schalke, they may not have included a permanent option with no intention of activating it, even knowing another centre-back in Konate would likely be coming in during the summer window.

Kabak’s short run of games has been inconsistent thus far – partially a product of playing in a new team that has struggled for form domestically – but his strong performances have proved why there is a good case to making his deal permanent. Liverpool has been plagued by a myriad of problems this season, and obviously, the injuries at centre-half are unlikely to be repeated in future seasons, but the position needs an overhaul, which actually began last summer with the sale of Dejan Lovren to Zenit.

Lovren is probably the best comparison for Kabak as both present slower options to partner Virgil Van Dijk than Joe Gomez, Joel Matip and the incoming Konate would, but the physicality and ability in the air that Lovren and Kabak brings is useful depth and variation for Jurgen Klopp to pick from. Kabak’s lack of pace and occasional lapses in positional awareness could be criticised, but those were struggles Lovren initially underwent too before he overcame them to become a reliable option in Klopp’s defense.

When Lovren was sold last summer, let’s not forget that Kabak was one of their widely-reported targets but Michael Edwards was put off by Schalke’s high asking price. Still, it shows that Kabak was scouted extensively and not a deadline day panic buy.

For all the criticism, Kabak has produced his best performances with centre-back partners he would likely never feature with next season if his deal were to be permanent. He played a key role in Liverpool’s two clean sheets in its two legs over Leipzig, despite being partnered by Jordan Henderson in the first and Nat Phillips in the second.

And it was again with Phillips against Wolves which Kabak produced his finest performance to date, making several crucial interventions and winning man of the match afterward. Only having recently turned 21, Kabak is a strong and aggressive tackler, with the second-highest amount of tackles per game won (1.4) in the entire squad, only slightly bested by Thiago. His style makes an ideal partner for Gomez and especially Van Dijk, who can sit off and defend space with their superior recovery pace.

Still, with Konate coming in, critics may point to the fact that Kabak could be the fifth choice when all of Liverpool’s center backs are healthy; stuck behind Van Dijk, Gomez, Joel Matip and Konate. Yet with Matip’s extensive injury record and age (29), one former Schalke man in Kabak could replace another in Matip if Liverpool looks to cash in and rejuvenate an aging squad.

Konate’s likely arrival gives Kabak an uphill climb, but don’t expect the Turkish defender to make it an easy decision. 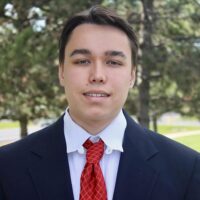 Journalism student at Syracuse University and a monthly columnist at Anfield Watch.