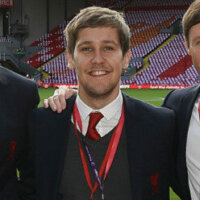 Takumi Minamino is attracting interest from Inter Milan and Leeds United ahead of a likely summer departure from Liverpool.

The Japan international is expected to seek a move away from Anfield after making just one Premier League start this term - in Tuesday's win at Southampton.

And, having been the subject of several enquiries during the January window, he should not be short of potential suitors.

📊 STAT: Best minutes per goal for Premier League clubs in all competitions this season [1,000+ mins]:

Leeds were among the clubs that had hoped to strike a mid-season deal only for the forward to signal his intention to stay and fight for his place.

But, should the Yorkshire club avoid relegation from the Premier League on Sunday, it is thought they will renew their attempts to sign the 27-year-old.

Minamino is likely to be more receptive to a possible move to Elland Road this time around as he targets more regular playing time.

Reigning Serie A champions Inter, who could be dethroned by city rivals Milan this weekend, are also in the running.

The Reds' expectations are not without merit given the player's impressive record of 10 goals from just nine starts across all competitions this season, including top-scoring as both the League and FA Cups were secured.

"Had a good look at him" - Graeme Bailey on Wolves midfielder

They are also reluctant to lose Minamino on the cheap with Divock Origi on the brink of a free transfer to AC Milan.

"Had a good look at him" - Graeme Bailey on Wolves midfielder