Exclusive: The latest on the futures of Sadio Mane, Aurélien Tchouaméni, Mo Salah and Divock Origi 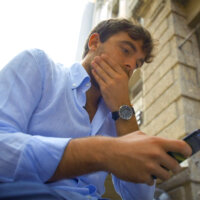 The Champions League final was a major disappointment for Liverpool.

This is the feeling around the club, because the performance was once again appreciated by Jurgen Klopp as well as by the Liverpool board, but, it was not enough. However, the club is already working to prepare for the future together with the German manager.

Sadio Mane has made his decision to leave Liverpool immediately without waiting for the summer of 2023, when his contract will officially expire.

A choice that will be communicated to the club through the agents of the Senegalese star, but which is already known within Liverpool. Mane did not want to disturb his teammates, Klopp and the entire club before the Champions League final. But, his decision was not in doubt because Sadio wants to try a different experience.

Of course Mane will have respect for Liverpool and everything will depend on the negotiations, but the club's intention is to try to accept Mane's decision and sell him as long as the right proposal arrives. FC Bayern are serious contenders because they have wanted Sadio for months.

They have explored this possibility already in recent weeks and prepared an initial proposal. Timing will be very important. FC Bayern have an interest in speeding up the negotiations because other top clubs could soon join the race, while Liverpool want to resolve this situation as soon as possible to find a replacement for Sadio Mane.

The club's intention is in fact to buy a new striker because Luis Diaz is performing at excellent levels, of course - but Mane will be replaced in case of departure. The discussion is already on the table internally and it will soon be time for decisions.

Sadio's situation will not affect Mohamed Salah's future, as these are two different negotiations. Neither depends on the other and above all for Salah's contract, there have been issues since December. There is still no agreement with Liverpool to extend the contract, but in this case, there is more time to improve the proposal. Salah does not intend to leave the club this summer. The idea is to wait these months and then make a final decision in 2023.

There is a serious possibility that he could leave Liverpool as a free agent in June 2023, but this will depend on the club and the possibility of improving the offer to Salah for a new contract. Liverpool still have time to hope and offer a different deal. Salah has no plans to leave immediately, but he's not accepting the current proposal.

It is also good to clarify that the club never thought of Kylian Mbappé as a replacement for Mo Salah. Mbappe's dream for Liverpool dates back to many months ago but has never been an advanced or close deal. Liverpool inquired about the status of the negotiations with Real Madrid last February, but the answer was clear right away. It was only Paris Saint-Germain or Real Madrid for Kylian.

The club, on the other hand, has had contact with Aurelien Tchouameni's agents for months. Discussions are frequent also these days, because Liverpool know that Tchouameni has given priority to Real Madrid, but the negotiations between the Spanish club and AS Monaco are still ongoing and will continue.

Liverpool are waiting. PSG are also attentive to developments to understand how Real Madrid will use this advantage. This week will be very important for the Tchouameni deal.

Meanwhile, Liverpool still intend to give space to Fabio Carvalho next season. No plan has changed. Jurgen Klopp has already met the Portuguese talent and wants to consider him part of the first-team in the pre-season, but also during the whole year.

Klopp is convinced of Fabio Carvalho's potential and for this reason, he has insisted since January for this signing that the club has managed to complete. Meanwhile, Liverpool have also bought out the sell on clause from Kaide Gordon's transfer from Derby County, as expected.

Liverpool and Derby County have reached an agreement for £500,000 for the removal of the 20% sell on clause, another smart move for the club that plans the future in every detail. Finally, in the next few hours Liverpool will say goodbye to Divock Origi in a definitive way.

The Belgian striker will fly to Italy to sign with AC Milan. The contract has been ready and verbally agreed for months. Only the medical tests are missing to complete the transfer. Origi has also received proposals from Premier League and Bundesliga clubs, but his decision was clear: the new experience will be in Italy.

"Can bring something" - Pundit on Liverpool's reported interest in Timo Werner