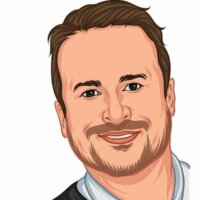 Roberto Firmino is a wanted man, there is no getting away from that – but I am told that despite attracting interest from some of Europe’s biggest clubs, he is in no hurry to leave Anfield.

We have heard about the interest emerging, and we know Jurgen Klopp is a huge fan of the Brazilian and on more than one occasion, he has spoken of his fondness for him as a player and person.

Last season Firmino featured in just 20 Premier League games, and he started just 10 of those. That is the least amount of starts for more than a decade for Firmino, when he first moved to Europe with Hoffenheim.

Yes, Liverpool and Firmino would point to a problematic thigh problem, but no question, he did drop down the pecking order in the squad.

The arrival of Diogo Jota in 2020 meant the dream Liverpool trio of Mohamed Salah, Sadio Mane and Firmino was never the same again.

But with Firmino out of contract next year, injuries hitting and the arrival of Darwin Nunez and even Fabio Carvalho – just why is ‘Bobby’ staying on at Anfield?

A Liverpool source told me that Klopp has challenged Firmino to ‘give him a headache’ and show him he can still push for a place in the starting XI. He is prepared to take that challenge on.

Firmino is still only 30 and there isn’t a coach at Liverpool who does not believe he is still capable of hitting the world-class heights he has previously shown.

I am told that it came as no surprise to Liverpool that interest has arrived in Firmino this summer, but also no surprise to them that as it stands – he is opting not to push for an exit.

We know Juventus would love Firmino, but I am told a number of European clubs registered an interest, amongst those Atletico Madrid.

Klopp has come out and said that Firmino is staying, and that is very much the case – but again I am told this was after conversations with the Brazilian.

And that brings us back to the question of just why is Firmino staying at the club? And it is simple really…he wants to!

Liverpool had made it clear to Firmino that they don’t want him to leave, but if he was banging the table and demanding to go, as we saw to some extent with Mane earlier this summer, he probably would have been allowed to leave.

But no, Firmino is staying at least for one more season and he fully believes that he can make an impact, and Liverpool and Klopp firmly feel he can still make a big contribution to the first-team and not just as a bit part player.

"He said he was nervous" - Jurgen Klopp on Darwin Nunez